4
Boon of the Wish-Giver
4
Go for Blood

The madman himself, Ken Yukuhiro, did it again and performed a very nice 4-2 with a homebrew in the highest level of competition, the MPL League Weekend. It’s kind of mind-blowing how Ken manages to keep innovating and bringing new good decks like this standard izzet cycling despite Standard looked stale while we’re waiting for Strixhaven to drop. 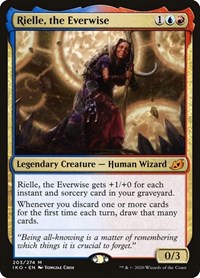 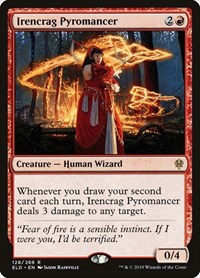 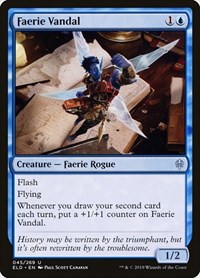 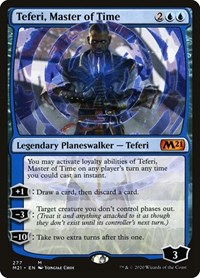 This isn’t that much different than the Jeskai Cycling that Rei Sato brought. It’s lacking Flourishing Fox and Valiant Rescuer but it’s packing four Irencrag Pyromancer and two Rielle, the Everwise as way to get on top of the opponent with card advantage.

Faerie Vandal is a card I’ve never seen in Standard, but it’s from Throne of Eldraine, so it’s only fair that it was in a deck that performed well. Jokes aside, the card gets quickly out of hand and it’s basically like an evasive Flourishing Fox.

Another card that I haven’t seen in a while and that Ken’s playing in three copies in the main deck is Teferi, Master of Time. This helps you trigger Irencrag Pyromancer, Rielle, Improbable Alliance and Faerie Vandal, as well as being a solid planeswalker with a strong ultimate and that can defend himself.

Strixhaven is coming, but I do think that the Cycling strategies will be omnipresent throughout Standard.