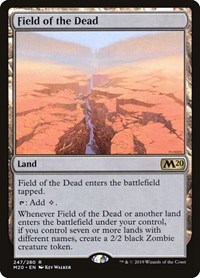 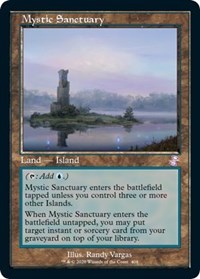 Four Color Omnath, also known as “Money Tribal,” was the best deck in Modern for months, until they recently banned three cards from it: Uro, Titan of Nature’s Wrath, Field of the Dead and Mystic Sanctuary.

Without these cards, the late-game of the deck will be much worse than its past version, and it’ll have to remove the Hour of Promise and Mystic Sanctuary elements from it. 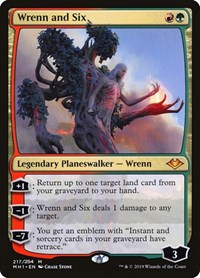 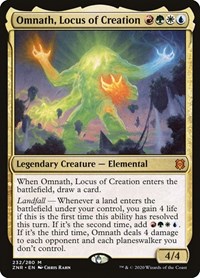 The deck’s still packing a lot of great cards though, notably Wrenn and Six and Omnath, Locus of Creation, that can let you go over the top of other midrange decks despite missing some recently banned cards.

You’ll probably struggle against fast strategies like Izzet Prowess, and that’s why you see cards like Timely Reinforcements all the way up to the main deck.

Much like in Legacy, it’s unclear what the best ways to build a good control deck in Modern, as we see Azorius, Esper and Four Color Omnath right now, and that’s what makes any post-bans metagame exciting!