Clever Lumimancer is one of the most recent Strixhaven cards previewed, and it’s no joke. Take a look at what I’ve seen some people call “Steppe Thinks” (a play on Steppe Lynx, which is also a 0/1 that gets +2/+2).

This card is incredibly strong. It may start one smaller than a prowess creature like Monastery Swiftspear, but it grows twice as fast, which will add up to way more damage in decks built to take advantage of it. It may lose the ability to trigger off of anything except instants and sorceries, but prowess decks weren’t that big on artifacts, enchantments and planeswalkers to begin with. Plus, it picks up triggers off of spells getting copied, which leads to some pretty wild combos.

Let’s take a look at a few ways to utilize this extremely strong card. 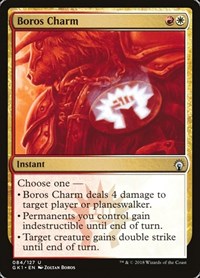 Boros Burn (Modern, but could easily be adapted to Pioneer or Historic)

This list is for Modern Burn, but it could easily be adapted for Historic or Pioneer.

Lumimancer slots in neatly to Modern Burn, and really the only adjustment is swapping out Swiftspear, though it’s possible you want to increase the density of one-cost spells as well. A one-drop that easily attacks for four to six damage a turn goes a long way, and Lumimancer’s only real drawback is a lack of haste.

Still, we can go deeper. Take a look at a deck that utilizes Ground Rift, which gives the Lumimancer +2/+2 for each copy (while also preventing blockers). 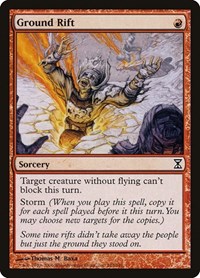 This deck is looking to play a Lumimancer or Nivmagus Elemental, then cast a bunch of spells and play a Ground Rift. The damage adds up absurdly quickly, especially with Temur Battle Rage. With a dozen free spells in the deck, it can go off as early as turn two or three.

Think about this line:

There are a lot of permutations that get you there, and this deck is capable of blazing-fast kills as a result. This deck getting another solid piece of the puzzle is huge, and Lumimancer could breathe new life into this archetype. 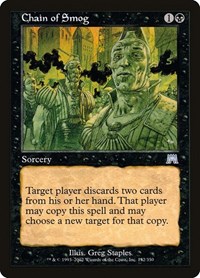 The last deck’s a really wild one, and it’s fitting that its home is Legacy. See, there’s a cycle of “chains” from Onslaught, and the black one is called Chain of Smog. It makes target player discard two cards, after which they can choose to copy it. The joke is that you make them discard, they bounce it back and you repeat, after which you both have no cards in hand.

Well, with magecraft cards like Lumimancer, that joke gets old really fast, as you can target yourself with Chain and then copy it as many times as you want. That’s infinite damage, which can lead to some turn two wins (at the low cost of discarding your entire hand). Here’s what an initial draft might look like:

This is a Black-White Death’s Shadow deck that happens to include the Lumimancer and Chain combo, which opens the door for some very fast kills. Lumimancer also isn’t embarrassing as just a fast creature in a beatdown deck, and Chain can serve is a somewhat loose discard spell.

The combination of the two is quite strong, so adding the combo in seems well worth it. For just three mana total, you can deal infinite damage while all the discard spells can help protect it.

Clever Lumimancer is a card with tons of potential. These three decks show off some of the range, and I’m sure there are even more applications than this. Good luck Lumimancing, and I anticipate taking a lot of damage from this card.