1
Life from the Loam
4
Ponder

Legacy Temur Delver is still doing well despite Dreadhorde Arcanist and Oko, Thief of Crowns getting the axe. Today’s list, which McWinSauce used to Top 4 the most recent Legacy Challenge, features a card that’s getting more and more popular in Legacy too: Bonecrusher Giant. 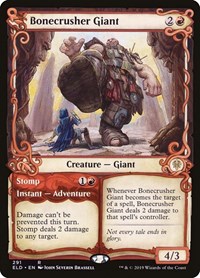 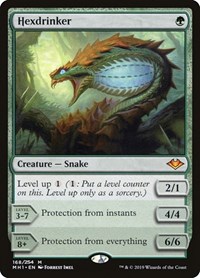 If you’ve played Standard, you know every in and out of Bonecrusher Giant, but outside of Standard, this Adventure creature hasn’t seen much play, especially in Legacy. It’s slightly overcosted, both as a removal spell and as a threat, just like its cousin Brazen Borrower, but still, versatility is where Bonecrusher Giant shines.

I love the approach of this Delver deck, and it reminds me of Sultai Delver with a ton of grindy cards like Sylvan Library, Uro, Titan of Nature’s Wrath and Life from the Loam. You still have the Delver of Secrets, Daze and Force of Will/Negation game plan as well as trying to go control in the Delver mirror matches.

Hexdrinker is a cheap threat against combo decks and a late-game bomb against midrange/control. It’s a great way to use your extra mana in a deck that’s playing up to 20 lands.

There’s a lot of ways you can build your Delver deck, and McWinSauce’s one is yet another one!