I’ve been looking at the Time Spiral Remastered previews and it brings up a fair amount of memories. To be honest, there isn’t a huge segment of my life that doesn’t have memories associated to Magic. I think they say the thing that triggers memories the most for people is smell. I definitely have a lot of associations from music to memories as well, and after looking over this spoiler, I definitely have some from Magic cards, too. Here are a few for you to read over. 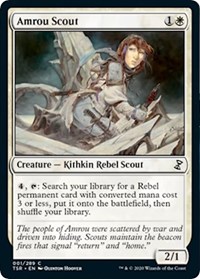 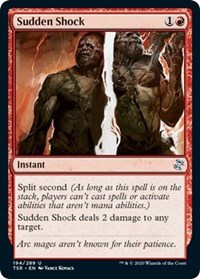 This takes me back to Grand Prix Vegas (one of the really big ones, I forget which year). I remember walking in to the tournament hall and just being absolutely struck with how many people were there. I remember saying to someone something to the effect of “Holy ‘crud,’ I will never forget this.”

Why do Amrou Scout and Sudden Shock bring back memories of that event? In between one of my own rounds, I remember going and watching a brief bit of one of Matt Sperling’s matches. In addition to Rebels being a viable deck, one of the other cycles in that set was the split second cards. I remember Matt had played an Amrou Scout. On his third turn, he did whatever, and attacked. His opponent played their third land, at least one of which was a Mountain and passed back. Matt, not to be “gotten” by a Sudden Shock, played his fourth land, tapped them, used the Scout, got another Scout and passed. His opponent, looking defeated, Sudden Shocked one of the two Scouts at end of turn.

That’s what I think of every time I see an Amrou Scout or Sudden Shock – the behemoth Grand Prix Vegas and that play by Matt. 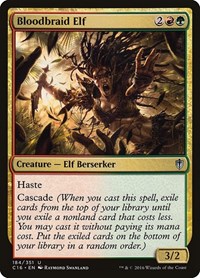 This card will probably always, unsurprisingly, remind me of Reid Duke. Turns out, when you’re friends and teammates with Reid long enough, you end up playing some Jund in your life. Bloodbraid Elf is the card that probably, when I see it, most instantly reminds me of someone else.

Funny story – one time, quite a long time ago, Reid and I were at a tournament, god knows where, finalizing our Modern Jund deck list for the next day. Reid and I were “debating” our last sideboard slot. Naturally, I should’ve just deferred. I honestly don’t remember which card I was advocating for, but I remember Reid wanted the 15th card in our sideboard to be Bituminous Blast. We were sort of at an impasse in the conversation.

Reid suggested the way we settle this was as follows: his brother, Ian, was coming in an hour or so, and we’d let him decide the final card, but we both had to agree to play it. I honestly don’t remember if I agreed to this tiebreaker or if I just agreed to play Bituminous Blast anyways. An hour later though, Ian showed up. Unprompted, he walked into the room, put his things down, looked at the deck on the table and said, “Oh wow! Bituminous Blast! I love that card,” causing both Reid and I to erupt into laughter. 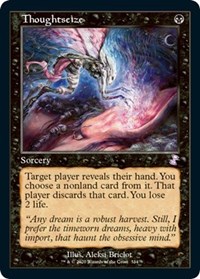 This card just elicits a visceral negative reaction from me. I know many people love it, but not me, I hate it. There’s almost nothing I like less than getting this card cast against me. Of course, it’s largely because I tend to play decks where Thoughtseize is the most damaging, such as blue control decks and combo decks. I see a Thoughtseize and I cringe.

I know a lot of people love the card and to each their own. A lot of people don’t like control or combo decks and having tools like Thoughtseize to keep them in check is a reasonable thing to enjoy. 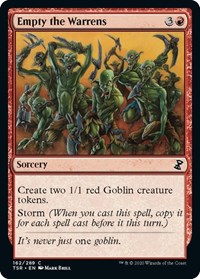 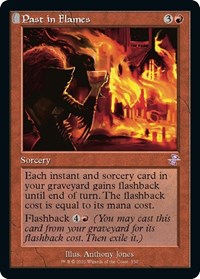 Back in the olden days of Pro Tours and paper Magic, there used to be in the neighborhood of one Modern Pro Tour a year. For my team, the Pantheon, the testing always went roughly like this:

Reid was working on Jund.

Some of the other people had their various pet projects and decks to try and work on. Infect was another popular deck that the team usually worked on and tried to perfect for specific metagames. There was usually an Affinity contingent somewhere in the house.

Jon Finkel would always show up to testing a bit later than everyone else and vow that he wasn’t going to try to convince everybody to play Storm. He’d start to play games with other decks, maybe even taking a liking to one or two. Then it would be night time. People would be unwinding, maybe some people would even go to bed. Jon would ask, “Billy (or whomever), play me a couple games against my Storm deck.” Of course, we’d oblige. This charade would continue for another day or two, where minimal attention was paid to Storm, until inevitably half or more of the team switched into it as Jon declared it to be the best deck or correct choice as it got closer and closer to go time.

In fact, the tradition is so strong that it even continued at one or two events that Jon wasn’t even invited to. I think maybe I carried the torch in at least one of those instances, so Empty the Warrens and Past in Flames will certainly remind me of Jon, The Pantheon and those Modern events. 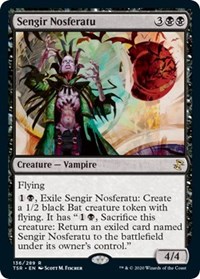 In my early days of playing Magic, I played “black.” To be honest, if you didn’t know, when I first started, this was a very common question from one young Magic player to another. “Oh, you play Magic? What color do you play?” Well, I played black.

Well this isn’t Sengir Vampire, but it’s close enough. For the first few tournaments I ever played, it was with mono-black: Black Knights, Nightmares, Hypnotic Specters, Dark Rituals, Terror, Drain Life, Sengir Vampire and so on. Any time I see any member of the Sengir family, be it Baron Sengir, Grandmother Sengir, Sengir Bats or in this case, Sengir Nosferatu, it triggers my memories of the olden days and my mono-black deck, the deck I really cut my teeth with. 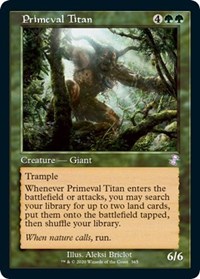 I think this is another memory from one of the Grand Prix in Las Vegas. I was playing in one of the Sealed deck bounty events that CFB had at that time and I got paired against an extremely friendly opponent in one of the first rounds – maybe the first, I honestly don’t remember.

We were both playing green-based decks, and I remember being a bit of out of gas. We were having a pretty fluid conversation, talking about where we were from, some of our Magic experiences and pretty friendly all around conversation. They were pretty outgoing, knew who I was and certainly in that sort of setting I was happy to shoot the breeze while playing some Magic. In the game, I was a bit worried, I was somewhat out of gas and really needed something good to happen to get back in the game.

I don’t remember exactly what we were talking about in the moment, but I do remember that my opponent drew for their turn, played their sixth land, stopped our conversation in the middle of the flow, looked me dead in the eye, rolled over the card and said, “Prime Time?”.

I don’t know why but I found this so funny, funny enough that I’ve told the story multiple times and now always remember the match. I think I likely smiled because I was so amused by the situation, certainly had no response and went on to lose the game very handily to the Primeval Titan. 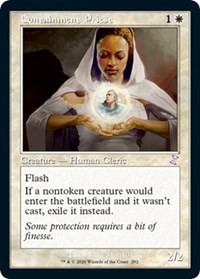 This is another card that really gives me nightmares. When I came back to Magic in late 2012/early 2013, I was playing a lot of tournaments trying to get back into game shape. For a while, I was playing quite a bit of Legacy. I actually loved and do love Legacy, though I very rarely get to play it anymore. My deck of choice was always Sneak and Show.

I’m sure things are not quite as I remember them, but within reason, I feel like every Legacy tournament I entered, I won basically every match except against Death and Taxes, where I lost every match. Containment Priest is the card that I most associate with annoying me out of that deck. It was a constant combination of all this annoying stuff, though for most of it at least, there was some amount of counterplay, but not Containment Priest.

Want to relive some nostalgia of your own? ChannelFireball will be hosting a Time Spiral Remastered Launch Party on March 19, starting at 6 p.m. PT, continuing on until March 20 at 9 p.m. PT. The details are below. If you’re interested in trying out some cards of Magic’s past or playing with them again then join the party!