Recently, LSS announced the Skirmish series, a new organized play program. This is awesome news for FAB fans around the world. Due to the current state of things, this program is launching primarily with online play (unless you’re in the APAC region), which gives folks around the world the competitive outlet for FAB that I know they’ve been waiting for.

You can read full details of the Skirmish announcement above, but today I want to give some recommendations on decks to play. The format is Blitz, either online or in-person (with Sealed if you’re in the APAC region) and that’s the format I’ve been jamming on.

First of all, you can take a look at the first of the guides I wrote on which Heroes you might enjoy. 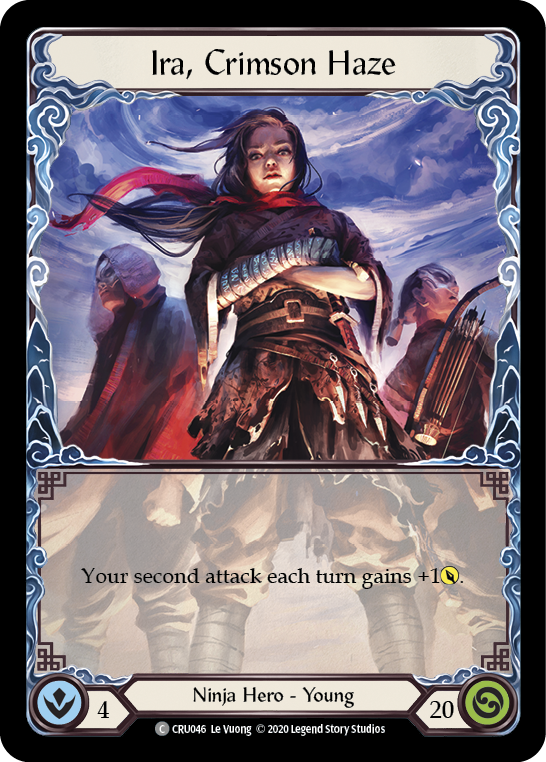 This Ira deck is the most dominant deck right now, with six copies in the Top 8 of the recent Calling tournament in Auckland. This deck takes full advantage of Ira’s powerful Hero ability, which basically gives you an extra free damage per turn. With the extra damage, it can focus more on defense, allowing it to play an effective control game while still threatening the opponent every turn.

This appears to be the best deck at the moment, and is one that will reward you for practicing with it. Knowing when to put more resources into attacking, when to defend and how to make the best use of your hero power is critical. The deck also has a lot of on-hit rewards, like Mask of Momentum or Snatch (in some builds), so knowing how to sequence attacks to get max value is important. 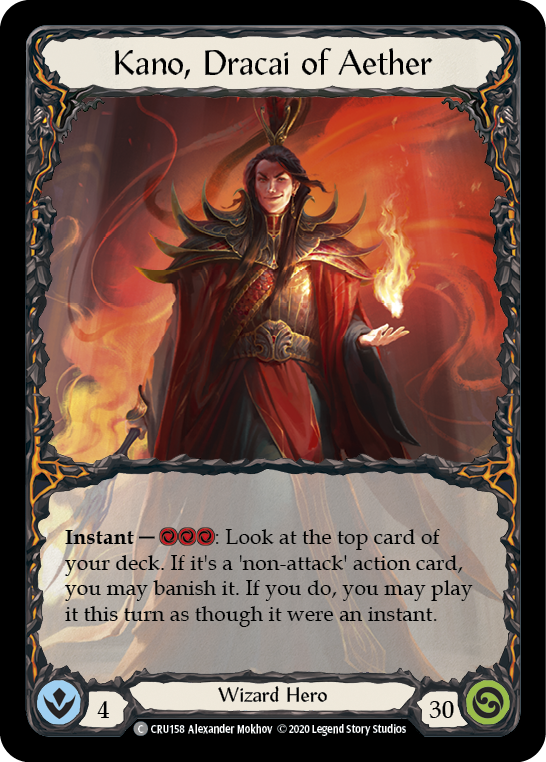 Kano is hands-down my favorite hero in FAB. The ability to play at instant speed, combined with the unique angle of attack, really makes playing Kano a blast. Kano has a few strong advantages:

Kano plays so differently than the rest of the Heroes that I highly recommend getting good practice time in. The reward is certainly there, but I know it was an adjustment for me the first few times I played him. 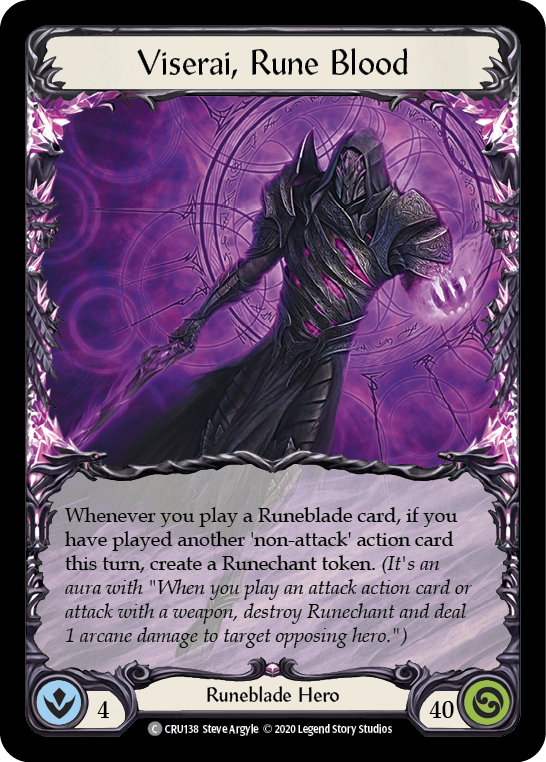 Viserai is another Hero I quite enjoy playing. The goal is to build up a bunch of Runechants, which besides pinging the opponent on your next attack, make many of Viserai’s cards cheaper and more potent.

The play pattern of spending a turn or two building up Runechants and then unleashing them all in a devastating attack like Become the Arknight or Ninth Blade of the Blood Oath is a fun one. It also does a great job at overwhelming the opponent’s defenses, as you essentially get to take some turns off of attacking to make your big turn two or three times as big as a normal one. What that does best is make it so the opponent can’t defend effectively because they’re still limited to their hand of four cards (plus maybe one in the arsenal). Instead of three turns of attacks, all defended by a full hand, one huge attack will often be more effective, and Viserai does that better than any other Hero.

Viserai is the Hero that rewards planning ahead and aiming for a future payoff more than any other, so if that’s your jam, this is a great choice. Sometimes you’ll even decline to make attacks that would essentially be free, just to preserve your Runechant count, and as long as you know that going in, you should do well.

Best of luck with whatever you take into battle – the Skirmish is starting soon!

If you’re interested in playing a Skirmish event, they kick off on February 20th and the format online will be Blitz, and in person it’s Blitz or Sealed Deck. You can find out more here, and find an event near you here.

ChannelFireball are hosting our own online Skirmish on March 13th, stay tuned to channelfireball.com for more details coming soon!