Monarch has a ton of sweet cards, but one of them really spoke to me. In a not-so-surprising twist, it’s the card that both references food and is a play on words. It’s also a card that fits with how I like to play FAB, so of course I have to talk about it. Take a look at Soul Food. 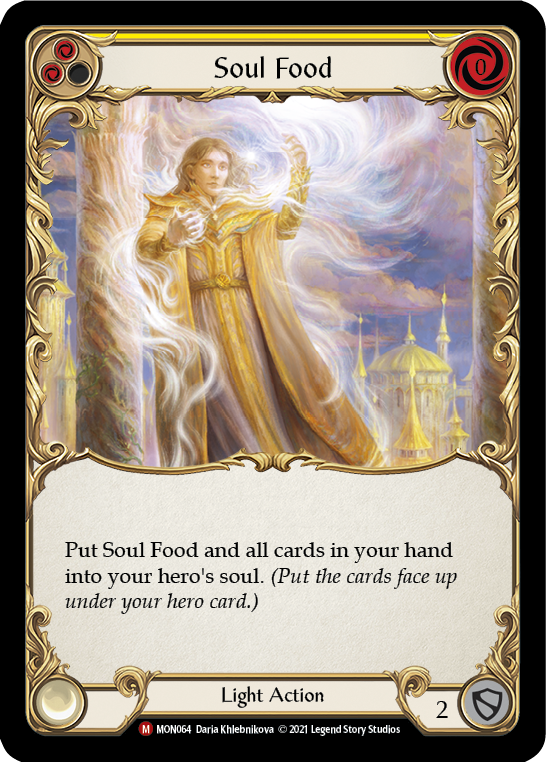 On its face, this card doesn’t do anything, because putting cards into your hero’s soul doesn’t accomplish anything on its own. However, this set has a ton of ways to use cards in your hero’s soul profitably, up to and including your hero itself, like Boltyn. 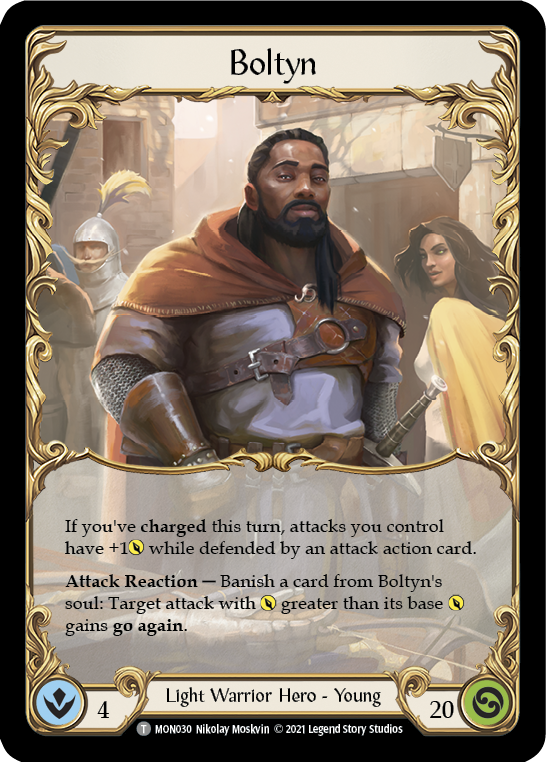 If you’ve got a fully charged soul, Boltyn can give you a ton of extra actions, which is quite valuable. Actions are one of the most important resources in the game, so it’s clearly strong to have access to a bunch of free ones. There are plenty of cards that consume your soul fodder as well – take a look at Celestial Cataclysm. 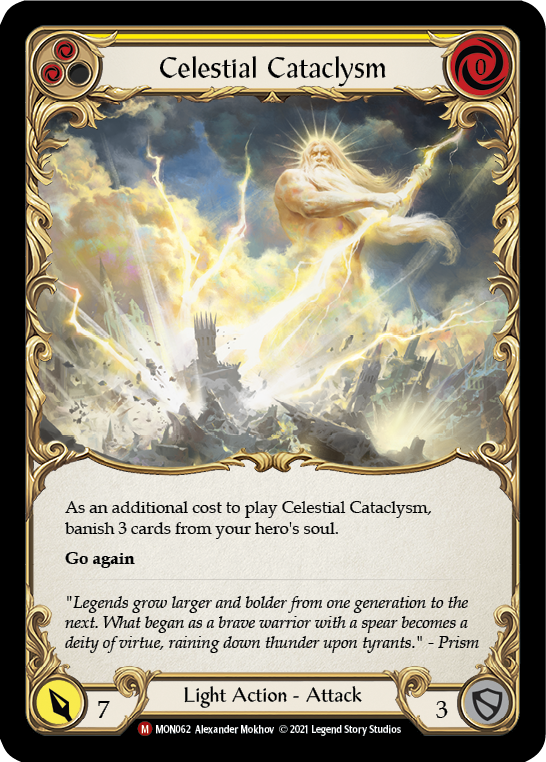 A zero-cost attack with go again is ridiculous, so there’s a hefty price to pay soul-wise. If you can reliably have three cards in your hero’s soul, this attack is off the charts good, and it’s far from the only payoff.

So, now that we’ve established that we’ll get paid off nicely for putting cards in your hero’s soul, let’s go back to Soul Food. One of the things that really appeals to me about this card is how powerful it is on turn one. If you’re on the play in FAB, you really want to find ways to generate value without attacking. The reason that’s so important is that when going second, the opponent gets a redraw that they wouldn’t normally get. Therefore, it’s basically free for them to defend on turn one, making attacking a lot less appealing.

This is the reason I love Read the Runes so much – when you’re going first as a Runeblade, you can just cast this and pass the turn, giving the opponent no value.

The same is true of Soul Food. When you’re on the play, just sending your whole hand into your soul is a great play, and one that sets your future turns up very nicely. As a result, I’m interested in this card, though it’s not zero due to the name and concept.

Soul Food may not end up being quite good enough, since it’s fairly narrow, but this is the sort of effect I’m always on the hunt for and will be considering it as a result.