At this point, it’s not news to anyone that RUG Delver is the most popular deck in Legacy. It has the best combination of aggression and disruption that the format has to offer, while also having access to the best midrange threats. This has made it a powerful force that has been consistently placing near the top of tournaments for the past year.

While it is a difficult deck to dethrone, it has its fair share of exploitable weaknesses.. Today, I want to review a couple of different decks that I think have positive Delver matchups and discuss what makes them good. Despite RUG’s popularity I won’t be discussing it as a standalone deck, but will instead be referencing Delver as an archetype (primarily consisting of RUG, Grixis, and Izzet).

There are 2 disclaimers to this article. The first is that no deck can beat Delver with perfect consistency. Part of Delver’s allure is that the combination of an aggressively-slanted game plan backed up with free counter magic gives it a chance to win any game of Magic.

The second is that Delver decks have all of the tools to overcome any matchup with enough dedication. If a Delver player is expecting any of these matchups in abundance, they can construct a sideboard that will make things very difficult for every one of the decks i’m going to discuss today. However, part of the reason some of these decks are good against Delver is because Delver players don’t usually prepare with them in mind.

My goal in this article isn’t to give you the secret key to beating Delver every time you play against it. Instead, it’s to provide you with the tools and knowledge to make informed deck building and selection choices in a Delver-dominated metagame. 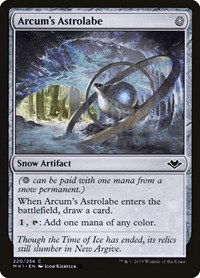 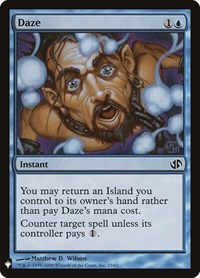 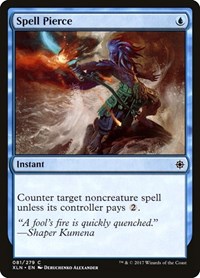 The various Snow control decks all tend to be problematic for the Delver archetype and there are a number of reasons for this. First and foremost is the abundance of basic lands and the consistency that Arcum’s Astrolabe provides. By having a mana base that can’t be disrupted by Wasteland, Snow decks can develop their mana freely over the course of a game. A by-product of this is that cards like Daze and Spell Pierce lose a lot of efficacy and this effectively negates a large portion of the aggressive element of Delver decks.

As a result of having a relatively untouchable mana base but still having access to multiple colors (because of Astrolabe), Snow decks can play the most diverse suite of removal available in Legacy. This means that almost no threat in Delver is safe, which makes it incredibly difficult to enact a game plan from the Delver side.

Finally, backing up these 2 elements is a nigh-unbeatable endgame in the form of Uro. Uro is extremely difficult for Delver decks to deal with. The first copy cast from hand provides a boost in life and the ability to further develop your mana (which makes Daze even worse). When it’s eventually recast, Delver’s removal cannot kill it easily. Even if it could, the raw card advantage generated is often enough to leave Delver too far behind to come back. 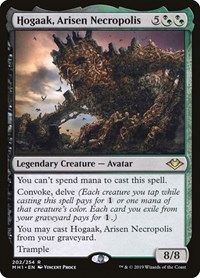 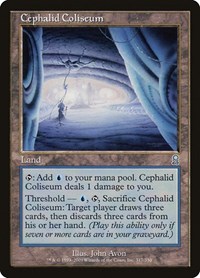 I’m lumping these in together because they both make things difficult for Delver in a similar way.

Dredge might approach the game in a different way but it functions very similarly against Delver decks. Dredge has an overwhelming amount of enablers, which forces Delver decks to constantly have to interact. If they miss for even a single turn, Dredge’s plan completely invalidates the bulk of Delver’s cards. Combine that with the ability to play around countermagic somewhat easily (with Cephalid Coliseum), and you have the makings of a deck that can power through Delver with relative ease.

The reason these decks are problematic for Delver is that they require both a specific set of answers and an aggressive game plan from their opponents. This means that Delver needs to combine pressure, countermagic, and graveyard hate to beat them. If any one of those is missing Delver will either struggle to win the game or struggle to survive. This really puts the pressure on the Delver player’s opening hand to have the right cards, and even with the London Mulligan this makes it difficult for them. 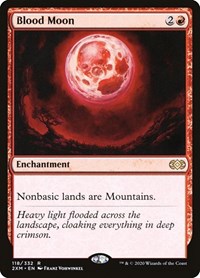 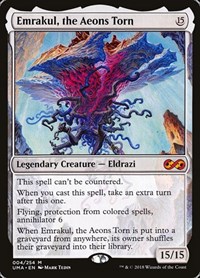 I’m lumping these together because they both have a relatively high variance Delver matchup. Both of them have draws that can effectively end the game against Delver as early as turn 1 and set up unassailable board states early on. They both have a high density of cards that must be countered and this can really put a lot of pressure on the Delver player to have countermagic at the ready. All of this happens early enough where Delver will often not have enough time to set up with cantrips, which can make things very difficult.

Both of these decks do have pretty significant fail rates against Delver. While Delver does need to have pressure backed up with countermagic to stand a chance, things get a lot more difficult if they do. In addition, Wasteland can be quite good against both of these decks, which means that Delver can win by simply enacting its game plan.

That being said, I think these matchups are as high-variance as Delver matchups get, which can be a good thing when playing the matchup. One of the best reasons to play Delver is that there is a lot of variance-mitigating elements to the deck, so reducing the efficacy of cards like Brainstorm and Ponder can be a big game.

A disclaimer here is that Red Prison is much worse against Delver decks with basic lands. If you’re expecting a lot of Izzet Delver (or you have noticed a trend towards 3 color Delver decks playing a basic island), I would not recommend Red Prison. 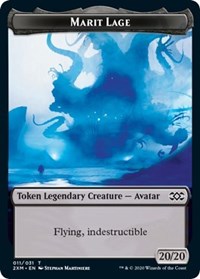 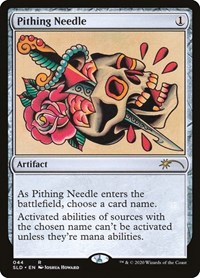 Delver decks don’t have a lot of ways to interact with a Marit Lage token, so planning to make one as quickly as possible is a solid game plan against the deck. While Turbo Depths doesn’t invalidate Wasteland like some of these other decks, it forces Delver to use it as their primary means of disrupting their combo. This means that Wasteland is almost never a mana denial tool in the matchup. In fact, Wasteland is one of the only cards in Delver decks that have any function in the matchup. Not only does Turbo Depths add a lot of stress to their Wastelands, but Pithing Needle allows you to blank the card entirely.

The biggest problem for Turbo Depths in this matchup is when Delver has the right answer and is backing it up with pressure, it can be really difficult to win the game. With the addition of Oko and Brazen Borrower, Delver decks play more answers to Marit Lage than they used to, which makes the primary game plan of Depths less reliable.

However, Turbo Depths threatens Marit Lage very early on, often denying Delver the time to dig for an answer. Turbo Depths’ combo isn’t reliant on casting many spells either. As a result, it’s relatively easy to set up a situation where most of Delver’s cards don’t do anything which is a good situation to be in in the matchup. 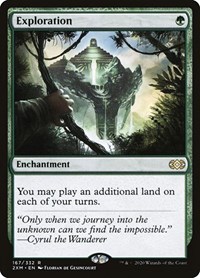 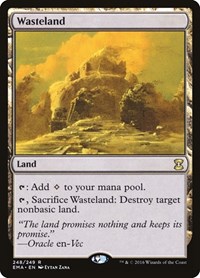 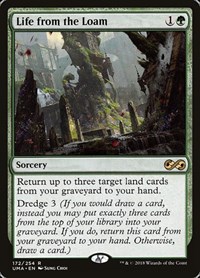 Despite this, I am a bit hesitant to include this deck on this list. It has gotten a lot better for Delver over the past year with Arcanist and Oko entering the mix. It’s not only more difficult for Lands to answer these specific threats, but they both generate such overwhelming advantage that they can run away with the game. Oko has the added benefit of being a main deck answer to Marit Lage, which didn’t exist before. In addition, Force of Negation has made Life From the Loam a lot less reliable so it can be difficult to play a longer game.

Still, I think an average Lands start is going to be pretty strong against Delver, and the deck can be tuned in a way that will still make it difficult for Delver decks. I find the matchup pretty scary, and things often do have to break my way in order to win from the Delver side.

Personally speaking, this is a matchup I have always struggled a lot against. It embodies every element of what makes a matchup difficult for Delver, from minimizing the effect of Wasteland to invalidating Lightning Bolt. Almost every card demands a Force of Will. In its absence, each card tends to require a very specific answer which Delver doesn’t have in abundance. All of these factors make Loam my go-to answer when people ask me how to beat Delver.

When breaking down what makes these decks good against Delver, I think it boils down to these 5 qualities:

Not every deck here has all 5 of these (Hogaak and Eldrazi are weaker to Wasteland, Snow gives Delver plenty of time to set up), but having a combination of 3 or 4 of these qualities goes a long way towards making a deck favorable against Delver.

Finally, there are other decks in Legacy that share some of these qualities that I didn’t include on this list. Dimir Shadow springs to mind as a deck that isn’t very exposed to Lightning Bolt and applies enough pressure that Delver doesn’t have time to cast all of their cantrips. However, I didn’t include it on the list because for the most part, Delver’s game plan is very applicable in the matchup, and it tends to lead to very close, interactive games.

Death and Taxes (and other Aether Vial decks) is similar, ignoring the mana denial plan for the most part and disrupting Delver’s ability to cast their cantrips freely. It is still just a very close, interactive matchup for the most part, so I didn’t think it warranted inclusion on the list.

Finally, Elves is a particularly notable exclusion. Before Dreadhorde Arcanist, this was an extremely difficult matchup for Delver. Arcanist really changed the narrative, since now one of Delver’s primary threats is a removal engine. Elves can still be pretty difficult for Delver at times, especially with Allosaurus Rider in the mix. For the most part, though, I don’t think i’d recommend the deck for the express purpose of beating Delver.

I hope this summary has helped illustrate what makes a deck good against Delver. The most recent variants of Delver are more resilient than ever before, so it can be extremely difficult to find an edge in the matchup. However, Delver doesn’t always come prepared for each of these decks, and if you choose your spot correctly you can exploit a hole in a Delver player’s preparation with one of these decks.